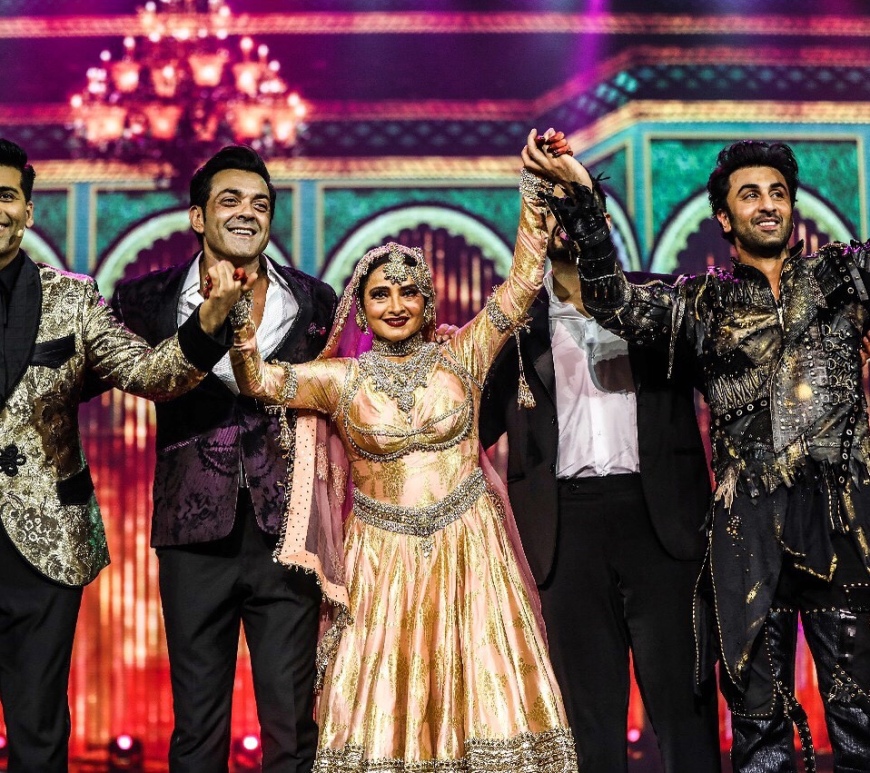 The makers of Soorma, starring Diljit Dosanjh and Taapsee Pannu in the lead, have dropped the first track in the voice of none other than the lead actor himself, Diljit. The lyrics have been penned down by Gulzar with music by Shankar Ehsaan Loy. This is the first time Diljit has worked with the magical combination of Shankar Ehsaan Loy and Gulzar. For Diljit, this was a dream come true to sing a … END_OF_DOCUMENT_TOKEN_TO_BE_REPLACED

Pakistani actor and singer Ali Zafar has unleashed the trailer of his much-anticipated upcoming action-packed film Teefa in Trouble, stirring excitement for movie buffs all around the world. At the launch of his trailer, Zafar said that he hopes that fans will like the film. “My excitement level is hitting the roof,” the actor shared. The Ahsan Rahim directorial is set to release in cinemas on 20th July 2018, marking the debut of Ali Zafar … END_OF_DOCUMENT_TOKEN_TO_BE_REPLACED

The upcoming Eid release, 7 Din Mohabbat In hosted its World Premiere in Karachi, Pakistan last night. Present at the Premiere were the film’s leading stars Mahira Khan, Amna Ilyas, Mira Sethi andSheheryar Munawar, as well as the other cast members from the film and the film’s directors. 7 Din Mohabbat Infollows a young man on his journey to find true love. Packed with drama, comedy and romance, 7 Din MohabbatIn is in … END_OF_DOCUMENT_TOKEN_TO_BE_REPLACED

Bobby Deol is making a bit of a comeback in Race 3. Here, he shares his heartfelt thoughts on everything Race 3 and much more. Q) You’ve been a part of many Abbas-Mustan films but not with the Race franchise. With Remo now helming the latest installment, how did the film come about for you? Bobby: Well I’ve been working really hard and trying to … END_OF_DOCUMENT_TOKEN_TO_BE_REPLACED 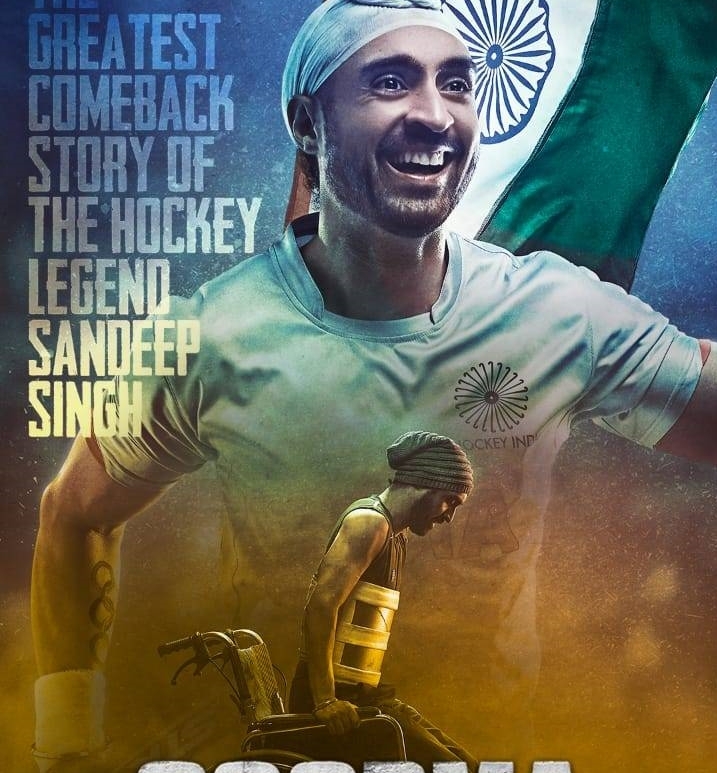 The greatest comeback story of India’s hockey legend Sandeep Singh, Soorma   Diljit Dosanjh and Taapsee Pannu are coming together for the first time in Shaad Ali’s Soorma, which is based on the greatest comeback story of hockey player Sandeep Singh. The trailer of Soorma is an inspiring true story of the triumph of the human spirit, about a player, who made headlines for his miraculous comeback after an unfortunate accident through … END_OF_DOCUMENT_TOKEN_TO_BE_REPLACED

From Sanjay Dutt’s drug addiction to his ‘350 girlfriends’, his time in jail to his father’s unshakable belief in him, Ranbir Kapoor brilliantly paints the life of Sanjay Dutt in all of its vivid colours in the newly released trailer for Fox Star Hindi’s upcoming film SANJU. Featuring a star-studded cast, we also get to see glimpses of Paresh Rawal, Manisha Koirala, Anushka Sharma, Sonam Kapoor, Dia Mirza, Vicky Kaushal, Jim Sarbh and Boman Irani in … END_OF_DOCUMENT_TOKEN_TO_BE_REPLACED

With the widely-anticipated blockbuster Sanju due to hit our screens in just a few weeks, millions of fans are waiting in excitement as the film documenting the life of Bollywood icon Sanjay Dutt has seen a new movie poster released in the run up to the trailer, which will be launched on the 30th May! Yes, that’s right folks, another trailer is just around the … END_OF_DOCUMENT_TOKEN_TO_BE_REPLACED 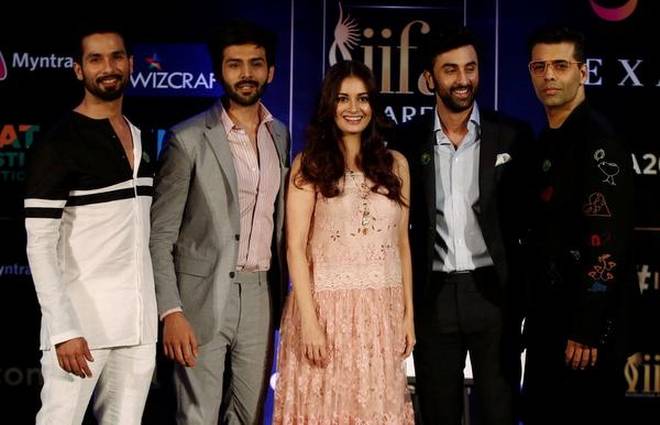 One of the most coveted award nights of the Bollywood calendar, is back next month and this time the International Indian Film Awards will be held in Bangkok. The awards that choose an international destination each year, will be returning to the Thai capital after exactly a decade. The details of the star studded affair were announced in a press conference that featured some of … END_OF_DOCUMENT_TOKEN_TO_BE_REPLACED 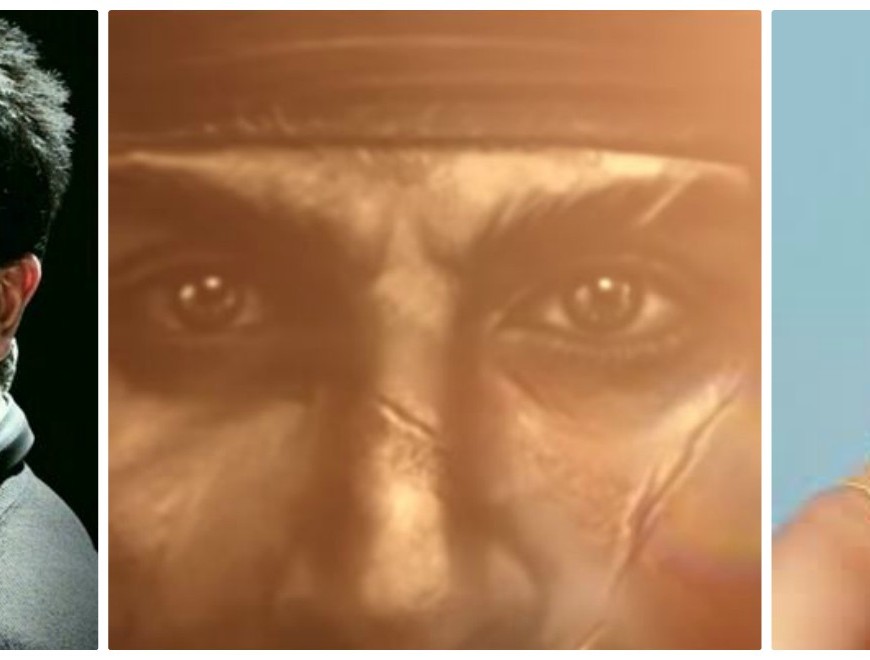 Ranbir Kapoor delivered his first hit with Yash Raj Film’s Bachna Ae Haseeno and then he garnered outstanding critical acclaim for his fantastic performance in Rocket Singh: Salesman of The Year. After 9 long years, YRF and Ranbir are set to collaborate again for a desi, mega-action, masala entertainer titled Shamshera. The film is part of YRF’s 3-movie deal with Karan Malhotra, who directed the blockbuster Agneepath and then the action spectacle Brothers.  Talking about … END_OF_DOCUMENT_TOKEN_TO_BE_REPLACED