Pakistani actor and singer Ali Zafar has unleashed the trailer of his much-anticipated upcoming action-packed film Teefa in Trouble, stirring excitement for movie buffs all around the world.

At the launch of his trailer, Zafar said that he hopes that fans will like the film. “My excitement level is hitting the roof,” the actor shared.

The Ahsan Rahim directorial is set to release in cinemas on 20th July 2018, marking the debut of Ali Zafar and actress Maya Ali in the Pakistani film industry. Previously Zafar had been making a mark with his acting skills across the border in the Bollywood industry, with his character Teefa being the first role he plays in his country of birth. 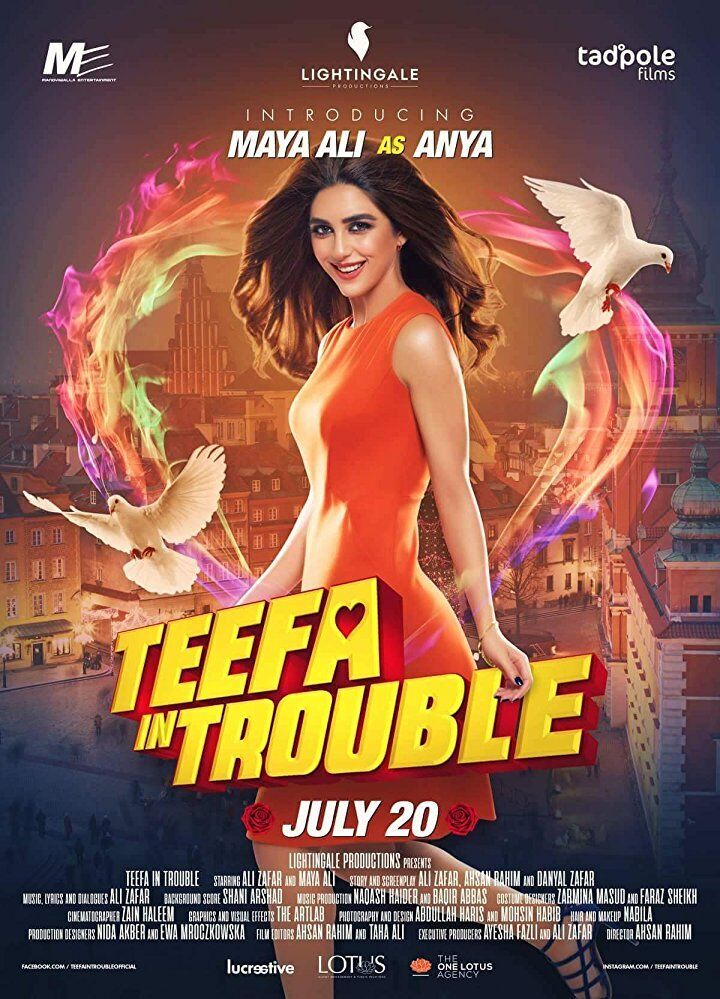 “This was my first film, with Ali Zafar. We have worked hard on it so fingers crossed and I’m so excited,” Maya Ali said.

The director of the movie Ahsan Rahim described the flick as a “team effort”.“We just in a family-like atmosphere and everyone put in a lot of efforts. I hope for the masses to like it,” Rahim said.

The movie is a joint venture of Lightingale Productions,Mandviwala Entertainment and Geo Films. The renowned Yash Raj Films has taken the distribution rights around the world with Avtar Panesar, Vice President – International Operations stating:“ We at YRF share a strong and seasoned relationship with Ali Zafar having produced two movies and a music album with him; we’d like to think of YRF to be his home in India. It was a natural progression, taking that relationship to the next level with Ali as Producer with Teefa In Trouble. We have never distributed any film from Pakistani or from any other part of the world earlier. We’re looking forward to making this the first of many.”