F & F discusses the favourite Friday Failures of people from all around the world belonging to different
fields – from medicine and culinary arts to makeup. There is always so much drum beating when somebody
gets successful but let’s kick-start the discussion around failures that eventually shape up the struggle.
With this initiative, we are aiming for readers to connect with people they can relate to and learn from their
mistakes, challenges and lessons. The intention is not to glorify failure or treat it like a fad but to develop
and normalize a culture where failure is not looked down upon and where those who do not succeed are
not considered outcasts.

Let’s be real. We all fail at some point in our lives, we all fail daily at something. Some jobs don’t do us
any good, some relationships make us miserable, some initiatives fall flat, some exams totally make us
helpless, the courses we flunk, some opportunities we miss – life is all about trying new things and
discovering success or failure in them. The deal breaker is not the failure itself but how we react when
things don’t turn out as we expect them to. Dealing with undesirable outcomes is what we all need to
focus on and next time when you fail at something, don’t rush to erase that from your memory instead
pause to learn, make better decisions and don’t downplay the lessons. The important point is to use the
setback to improve yourself and leverage that experience towards your future success. 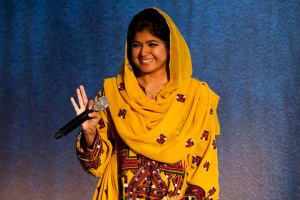 Khalida Brohi is the name that is synonymous with courage and bravery. When she was merely
a teenager in the Balochistan region of Pakistan, she witnessed the gruesome honor killing of a
dear cousin by her very own uncle that triggered her to say goodbye to that life of ruthlessness
and inhumanity. She set out to make a mark and today, she’s the Founder and Executive Director
of the Sughar Foundation.

Khalida launched Sughar (meaning “skilled and confident woman” in Urdu) in 2009 offering
resources to Pakistani tribal women to launch and sustain their rural businesses. It equips them
with the education, skills, and income opportunities to empower them into strong and
independent change makers for their households and communities at large. She is on a mission
to stop honor killings by encouraging and strengthening women to live with honour instead.
Khalida is also the co-founder of The Chai Spot with her husband, David Barron, a safe haven
based out of Arizona and New York where cultural and religious differences are not invited. People
from all walks of life are welcomed to learn, bond and interact with each other over a cup of chai.
Khalida has long list of deserving accolades. 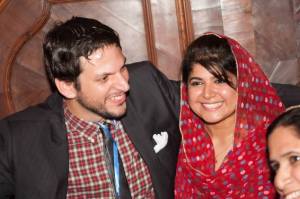 She has twice been named among Forbes’ 30 Under 30 for Social Entrepreneurship, awarded the inaugural Emerging Global Leader Award by Northwestern University, named Director’s Fellow at MIT Media Lab, and received the ANGEL
Award by the Dr. Martin Luther King Jr. Center.

She has also been listed among NewsWeek’s  25 under 25 Women of Impact, The Nation’s 100
Women Who Matter in Pakistan, awarded the Woman of Impact Award by Women in the World
Foundation and the Women of Excellence Award by the government of Sindh Province,
Pakistan.

Here’s a brief chat with her about the failure she has been kind enough to share.

OW) Talk about a time when you failed miserably at something? Could be academic,
professional, personal anything that gave you a major blow.

Around 2008, after more than a year of successful campaigning against honor killings, the tribal
leaders in my community in Balochistan stood against me and my work. This was extremely
unexpected because most of the outrage came from my own tribe and their opposition turned so
rough that it led me to end all of our activities and leave my hometown to flee to Karachi for a
few months.

This was my career’s first failure almost 11 years ago and it was a hard one because while my
parents were concerned about my safety, I was worried that I might never be able to work in
those communities again. 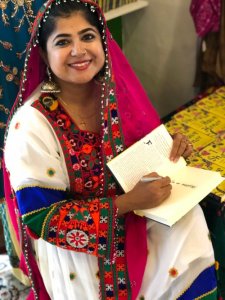 OW) What assumptions did you make? What was the biggest lesson you learnt from that
experience?

During the time when my work was at a halt, I made many assumptions. As a teenager still, I
blamed myself for all that went wrong. It took me more than 6 months to realize that it was in
fact my mistake. In my anger of losing my cousin to honor killing, I assumed everything wrong
about my people. I had shamelessly started accusing every tribe of this crime and declaring that
our traditions bring nothing but violence to women’s life. The anger in my heart was so strong
that it multiplied in the form of mobilizing hundreds of other young people and we were
eventually on the streets yelling against the tribal values I had grown up in and in my childhood
cherished so much.

OW) What would you have done differently?

I soon realized that if I had not been driven by sheer anger, I would have strategised and
diplomatically invited the tribal leaders in this journey. That’s when in 2009, we came up with our
successful model that is still being used. We initially called it The Apology Project. 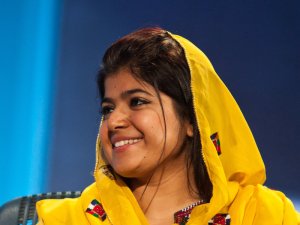 OW) What was the lesson you learnt out of this ordeal?

Because of this, our whole strategy changed and immediately became successful! By going
back and sitting down with the tribal leaders, apologizing for disrespecting their values, we
worked with them to come up with ways to redefine honor. To make honor not about killing or
marrying off women and girls, but about educating and giving them status. The model now takes
3 years to implement and includes promoting beautiful parts of tribal culture to end the negative
parts and brings opportunities for women to rise as leaders in their homes and communities.
If I had not failed miserably in our strategy in 2008, I would have never done the introspection
and discovered this innovative method towards behavioral change.

About the Author: Hafsa Shorish is a freelance writer and designer based out of Los Angeles. She writes about technology, startups, fashion, entertainment and doesn’t shy away from voicing her opinion about the social causes. Hard to put her in one box 🙂