F & F discusses the favorite Friday Failures of people from all around the world ranging from different fields from medicine, culinary arts to makeup. There is always so much drum beating when somebody gets successful but let’s kickstart the discussion around failures that eventually shape up the struggle. With this initiative, we are aiming for readers to connect with people they can relate to and learn from their mistakes, challenges and lessons. The intention is not to glorify failure or treat it like a fad but to develop and normalize a culture where failure is not looked down upon and where those who do not succeed are not considered outcasts.

Let’s be real. We all fail at some point in our lives, we all fail daily at something. Some jobs don’t do us any good, some relationships make us miserable, some initiatives fall flat, some exams totally make us helpless, the courses we flunk, some opportunities we miss-life is all about trying new things and discovering success or failure in them. The deal breaker is not the failure itself but how we react when things don’t turn out as we expect them to. Dealing with undesirable outcomes is what we all need to focus on and next time when you fail at something, don’t rush to erase that from your memory instead pause to learn, make better decisions and don’t downplay the lessons. The important point is to use the setback to improve yourself and leverage that experience towards your future success.

Omaira Liaquat or as the world of Instagram knows her, the HR Mommy is a complete package of fun, entertainment and lots of information. She is an HR Professional based out of Canada and originally from Pakistan who seems to be on her feet 24/7 despite having two wonderful boys and a pretty hectic job to manage. She has this unlimited reserve of energy that makes her share all sorts of experiences for the purpose of educating and informing others in an effective way. Whether it is in the field of finances, health, planning daily chores, motherhood or career advice, she tells you everything. She has a knack of keeping the conversation raw and real while at the same time providing you with  practical advice in the end for closure. She doesn’t let you hanging in the air thinking we cannot do what she is doing. She keeps her audience engaged with a diverse range of story hops that are extremely beneficial to the community at large.

Let’s find out what story of failure she is sharing with us today.

OW) Talk about a time when you failed miserably at something? Could be academic, professional, personal anything that gave you a major blow.

This would have to be my time when I had first moved to Canada and transferred from NED to York University. I was young (21), excited at the prospect of moving to the country I had been waiting to move to for 7 long years (9/11 delayed our family’s immigration process). Coming from very humble beginnings and a middle class background, this was going to be land of opportunities for all of us.

To my utter surprise, I was granted not only 66 transfer credits as a transfer student from NED, but also given the admission in Honours as opposed to simple Bachelors. This was a big deal for myself and my parents. And then, it started.

OW) How did it happen?

Here I was, exploring this new found freedom to live the way I wanted, explore cultures, and make as many friends I liked. With my talkative personality, I quickly integrated myself into the local student bodies and then began the era of cultural shows, events, plans, outings and what not.

I was also engaged before moving here, so permission was usually not an issue, if Ammi did not agree, Danish (my husband) would convince her to say yes, and so I started getting acutely involved in all things extra curricular. 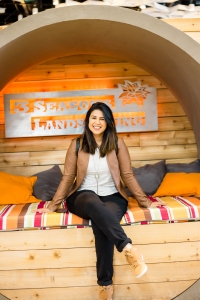 OW) When did it happen?

I started spending hours, days and weeks in preparations for events, getting involved in the student body politics, the drama between friends, all this while ignoring what was the most important, my studies. I missed classes, deferred exams and delayed assignments. Always having an excuse ready when questioned from the home by my parents.

OW) What assumptions did you make?

I assumed that it’ll be all fine. I can still pull an all-nighter before the exam, and make it alright. There will always been a next time, I’ll do better then, I thought that just like every time, this time too, I wouldn’t fail, I couldn’t fail. I was always able to make it happen!

But I quickly started realizing how wrong I was. I had taken my honours status for granted, I had taken it all too lightly. I had underestimated the toll the 2 hour ride home would take on me after these days full of activity. While most of my friends lived on campus, and would quickly be able to freshen up and still find time to study, I would be exhausted by the time I got home, and procrastinate that reading for another day, until I’d have no more days left.

It was when I got that change of degree status email with a warning in my inbox, that I realized it was too late, and my ‘honours’ status had been taken away. My grades had suffered and I was no more that A+ student I once used to be.

And with that, I had let my parents – my biggest cheerleaders down, they had high hopes for their eldest child to set the standards soaring high, and here I was, too busy in my own little world to not only have let my education suffer, but also spent months oblivious to them, their plans, their struggles, and their dreams.

OW) What would you have done differently?

OW) What was the biggest lesson you learnt from that experience?
How have you applied that insight to your engagements afterwards?

And most importantly, I learnt that I don’t need to be a people pleaser to fit in. I can stand out in my own way, and instead of getting heavily involved in other people’s dramas, I learnt to say no, I learnt to make my inner circle small and to only add a chosen few to that circle. Because the biggest reason I inundated myself with all the work and the drama was my inability to say no, I wanted to please everyone and so agreed to be who they wanted me to be, in all this while, losing my own self.

I was lucky that I still had family to steer me back in the right direction, and a fiance who believed in me and my ability to still make it work with what I had left, because it happens to lots of us, where we lose focus, and by the time we realize, it’s often too late. 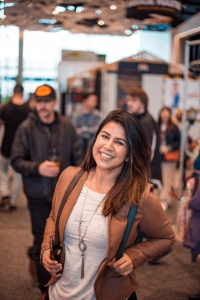 About the Author: Hafsa Shorish is a freelance writer and designer based out of Los Angeles. She writes about technology, startups, fashion, entertainment and doesn’t shy away from voicing her opinion about the social causes. Hard to put her in one box 🙂

One thought on “Friday Failure : Omaira Liaquat (The HR Mommy)”