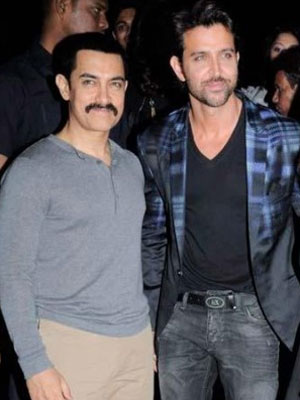 Actor Aamir Khan was all praise for the trailer of Hrithik Roshan’s Kaabil at a recent event in India. “I have been a big fan of Rakeshji from his first film and infact his first film Madhosh was for my father. I have seen him in action since my childhood. I feel happy that he liked the trailer of Dangal. He is a very lovely and warm person. In fact, I also saw the trailer of Kaabil and liked it very much. I also called Hrithik and told him the same,” said Aamir.

Talking about the importance of releasing trailers in today’s times, Aamir further added, “I think a trailer is important for every film. It offers the audience the first insight into a film. It gives the audience a chance to know how the film could be and they can make up their mind whether to watch the film or not. So to cut a trailer of a film is a very important step in the marketing of the film.”