After a grand announcement of her joining the cast of Bharat opposite Salman Khan, Priyanka Chopra shocked us all with her surprise exit from the project just two days before the shoot began and was replaced by Katrina Kaif.

There was lots of speculation that the Quantico star had walked out of Bharat due to her personal commitments ( getting married to beau Nick Jonas later this year), especially after this tweet by the Bharat director, Ali Abbas Zafar. 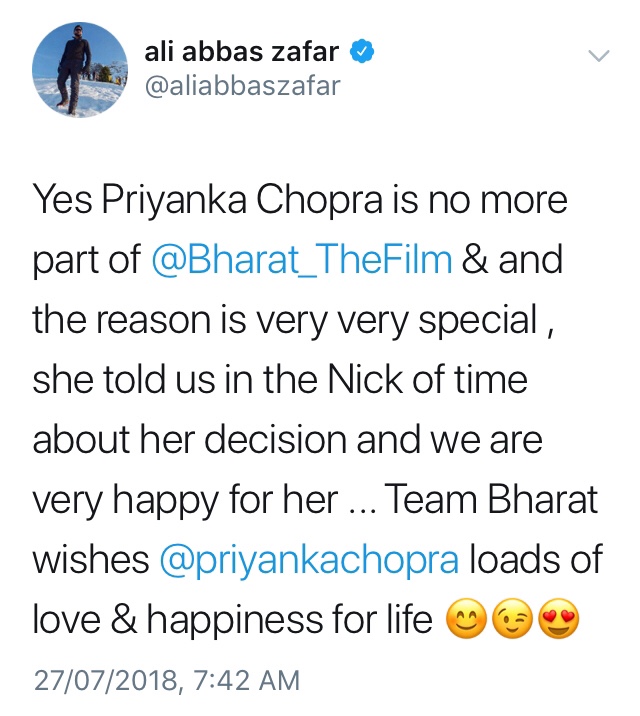 Well it has now emerged that the actual reason for her walking out of Bharat was that she had chosen The Sky Is Pink opposite Farhan Akhtar, which she’ll also be co producing under her Purple Pebbles production house.

The Sky is Pink is based on the true life story of Aisha Chaudhry, the teenage motivational who was born with an auto immune disease and her parents. Zaira Wasim will be essaying the role of Aisha while Priyanka and Farhan will portray the parents.

All controversy aside, we are mighty excited for this film for the crackling chemistry of Priyanka and Farhan that we got a tiny glimpse of in Dil Dhadakne Do!