Filmmaker Karan Johar, one of the producers of the upcoming suspense thriller Ittefaq, revealed that the team is following a no-promotion strategy. 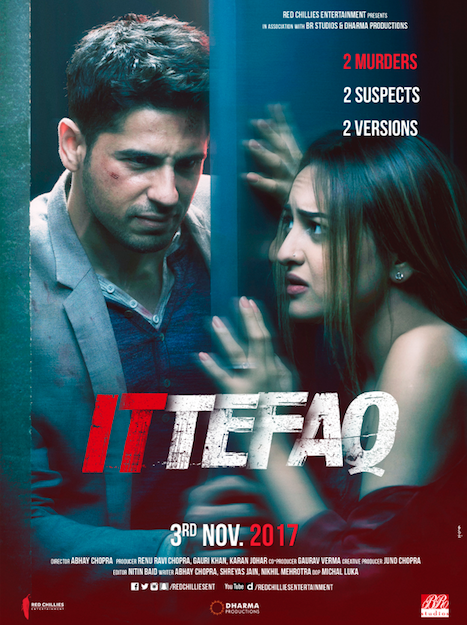 The trailer of the Sonakshi Sinha, Sidharth Malhotra and Akshaye Khanna-starrer thriller released on online platforms, but unlike for other Bollywood films, the movie’s makers didn’t arrange a trailer launch.

Karan said: “We want to protect the intrigue, mystery and thrilling point of the film. When actors go out for film promotions that time in a media interview, they reveal facts and details of the plot. So, B.R. Films, Shah Rukh Khan and myself, we all have mutually decided to protect the content of the film.”

“With this film, we are not going to do any promotions, we will not go to any reality TV show to promote the film and we will not have media interviews and media presence either. We respect media but it’s our new strategy that we want to protect content of the film because with this film, I feel less is more.”