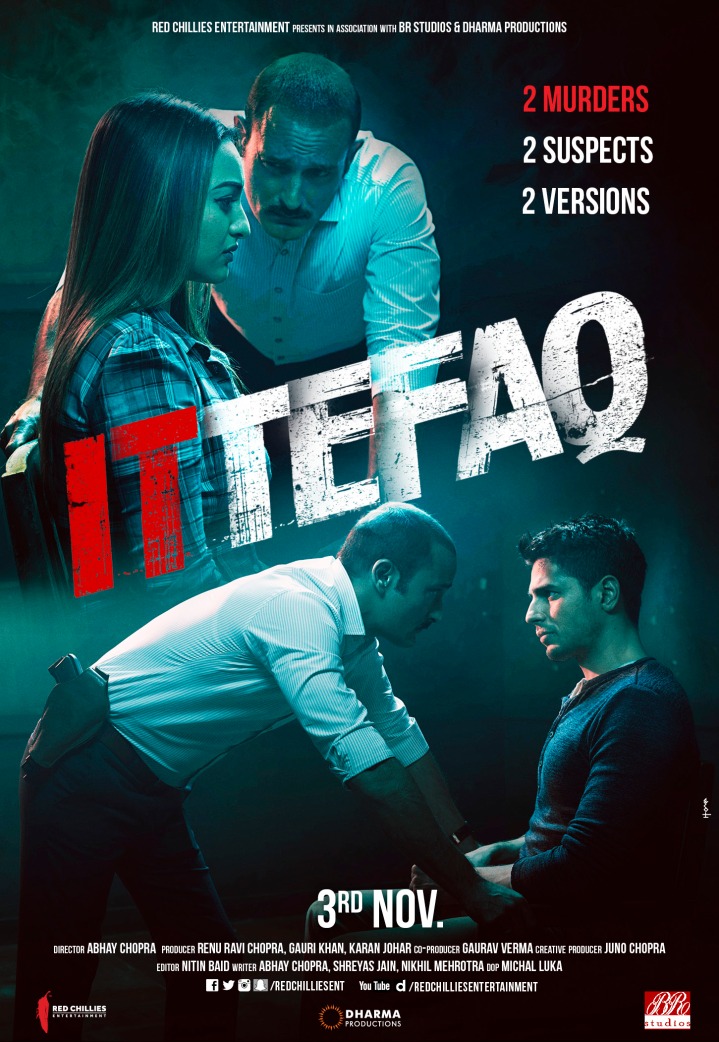 “Sidharth’s character (Vikram) seems to be the first suspect, there is Maya (played by Sonakshi)… Her character seems to have layers as she comes with a well-thought story that may or may not have happened. Both of them have different stories to tell, which keeps the guess going.”

“As both Vikram and Maya lose their spouses, this could be just a coincidence or it could be a well-plotted plan by the two of them to get rid of their partners and start a new life,” Karan said.

The makers of the movie unveiled the trailer of Ittefaq last week and features Sonakshi Sinha, Sidharth Malhotra and Akshaye Khanna.

An adaptation of the 1969 thriller movie with the same name starring Rajesh Khanna and Nanda, Ittefaq has been co-produced by Red Chillies Entertainment, Dharma Productions and BR Studios and is directed by B.R. Chopra’s grandson, Abhay Chopra.

Ittefaq is slated to releases in cinemas on 3rd November 2017.