Filmmaker Sanjay Gupta thinks big and when his creative energies received inputs from producer Rakesh Roshan who is known for serving blockbusters, things got bigger and better. After legendary dance songs like Mahi Ve, Babli Badmash, Saki Saki, director Sanjay Gupta returns with yet another hit number with Haseeno Ka Deewana for his forthcoming film Kaabil.

Speaking on this, Sanjay Gupta says, “In our version, the song will be sung by a female playback singer and picturised in the most ostentatious and imaginative way featuring Urvashi Rautela. Those who recall Mr. Bachchan’s jaw dropping outfit with bulbs on it, nothing will be left out in our song and we are attempting something very close that is sure to wow everyone. Over the weekend when this song was being shot, we had booked every single light that was available for shooting to create a similar impact at Filmistaan Studios. A huge dome was erected for the shoot and Urvashi has sizzled like never before.” 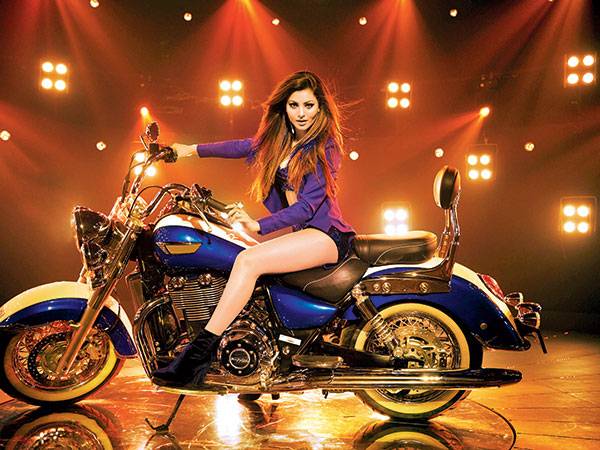 Says producer Rakesh Roshan “The Haseeno Ka Deewana set was     breathtaking with lights everywhere, an extravagant dance set. But when Urvashi walked in, her grace, poise and energy lit the set up more than the lights and she recreated the magic of the song effortlessly.”

Rakesh Roshan further added, “Urvashi was very nervous to enact a song that has been shot on the iconic Mr. Bachchan. However, she gave it her all and the end result will blow people’s mind away. This is going to be the party anthem for sure and people will be dancing at nightclubs throughout the party season of 2016-17 and beyond.”