Hrithik Roshan’s comment on “affair with the Pope” has landed him in hot waters. A Christian group has slapped a legal notice on the actor for hurting religious sentiments.

The Krrish star is already in a legal tussle with Kangana Ranaut. He had posted an indirect tweet on social media: “There are more chances of me having had an affair with the Pope than any of the (I’m sure wonderful) women the media has been naming.”

Ther r more chances of me having had an affair with d Pope dan any of d (Im sure wonderful)women d media hs ben naming.Thanks but no thanks.

This comment neither went down well with Kangana, nor has it been appreciated by members of the Indian Christian Voice, an organisation representing the larger interests of the Christian community, including Roman Catholics, in India.

Abraham Mathai, the group’s All India President has sent the notice to Hrithik.

Mathai’s advocate Rizwan Siddiquee, who also represents Kangana, told IANS: “The notice has been sent to Mr Hrithik Roshan on behalf of my client Mr Abraham Mathai. The said criminal notice has been sent under Section 295A of Indian Penal Code for his unwarranted and uncalled for comments (statements) made against the highly respected Pope Francis on Twitter on January 28, 2016.

“Mr Hrithik Roshan has hurt the religious sentiments, feelings and beliefs of Christians (Roman Catholics) all over the world, which includes my client as well. My client wants a written public apology from Mr Hrithik Roshan within seven days,” he added.

The notice also read, “Thus malafidely, mischievously and intentionally outraged the religious feelings and insulted the religious beliefs of Romans Catholics all over the world who consider the Pope to be absolutely chaste as their spiritual and religious leader,” reports The Hindu. 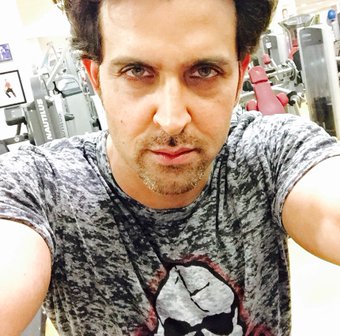